In the southern part of Albania you will find Butrinit, a UNESCO World Heritage Site. The city dates to prehistoric times, when it was part of the Greek Roman colonies.

It later experienced a long period of prosperity during the Byzantine era followed by a Venetian rule, eventually abandoned during medieval times. The current archaeological site displays traces of all the above periods and changes the city went through 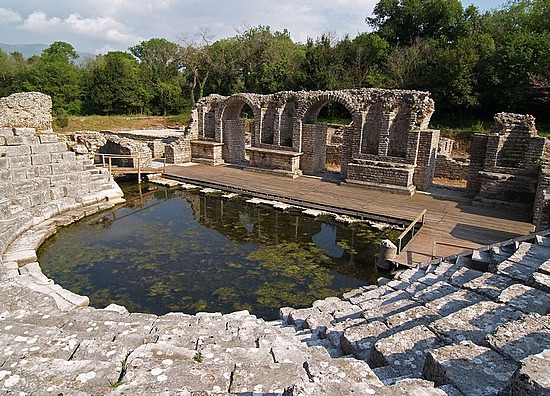