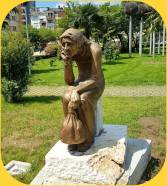 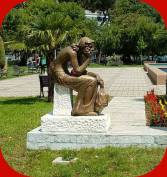 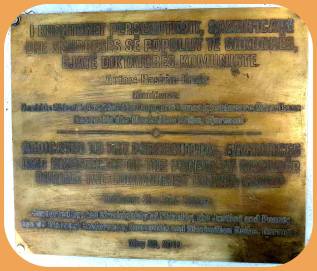 Yesterday in Shkoder  a beautiful memorial to the victims of communism was placed in front of City Hall. This is the first memorial of its kind in Albania, something that is long overdue and is a first step in the reconciliation of Albania’s past with its victims.

The bronze statues are a reflection of the pain and suffering over a 50 year period of many Albanians who were persecuted under the most horrible regime in its history. Thousand of people were murdered, arrested and jailed without trial, tortured, encamped for most of their lives and more. This memorial is a tribute to their survival and strength. A sad reminder of what communism can do and did. It should serve as a stepping stone to reconciliation between the government and the survivors of the regime, of which there are many still living, my family for one.

I am often critical of the current state of affairs in Albania, but this time I have to applaud Mayor Voltana Ademi for taking the initiative to finally exhibit something in this city dedicated to all those who died and suffered so atrociously under the regime. Brava!